SUGAR RAY NORCIA
Singer,harp man and three time Grammy Nominee Sugar Ray Norcia’s career kicked into high gear in 1979 when he formed the original Sugar Ray and the Bluetones with guitar giant Ronnie Earl and it has stayed there ever since.Norcia has received a total of twenty two Blues Music Award Nominations including winning two Blues Music Awards in 2014 and has appeared on over sixty albums.In 2012 Ray was inducted into Rhode Island’s Music Hall of Fame.In 2016 Sugar Ray and his band The Bluetones released a CD called “Seeing Is Believing”. Sugar Ray was nominated for an unprecedented seven 2017 Blues Music Awards including Traditional Blues Male Artist and B.B. King Entertainer of the Year!

LITTLE CHARLIE BATY
Through the course of almost 20 years on Alligator Records, Little Charlie has proven himself to be a one of his generation’s best blues and swing guitarists 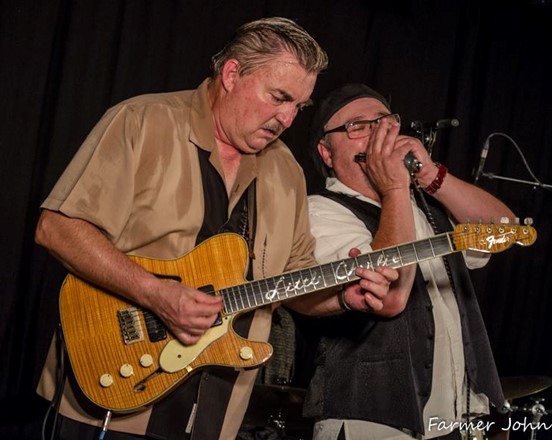